Home / Screen Time / When Should Kids Get a Phone: Your Biggest Question Answered

It seems like everyone on the planet has a cell phone these days. Even people in third-world countries carry Androids and iPhones, while more kids have access to the internet today than ever before. So, when should kids get a phone, if ever, and why is it so important to track the timing?

As it turns out, giving kids cell phones too early can have major effects on their mental, emotional, and physical health. According to some studies, children who get more than two hours of screen time each day can suffer from several deficits. As kids grow, however, the guidelines can change.

When should kids get a phone for fun and socializing?

Most kids want a phone to stay in touch with their friends or play games. Meanwhile, a lot of today’s top cell phone apps involve real-time interactions with strangers who live halfway across the globe. That’s why it’s important for your kids to know the following before getting a phone:

Keep in mind that socializing on a phone may become expensive if you don’t have the right contract. Plus, many games feature in-app purchases that can really drive up your bill.

When should kids get a phone for school?

Some parents decide to give their kids a phone for school and that typically works because schools have their own set of rules. Most elementary schools ban cell phones though, while middle and high schools usually let students carry them between classes. As a caretaker of a kid with a phone, here’s what you need to do:

Try to work together with the school to teach your kids about responsibility and accountability. Remember, most schools have a policy that allows them to take your child’s phone away if they’re not acting responsibly.

How to encourage your kids to use their phones responsibly

Children have little to no impulse control, so that means you need to have it for them. In the meantime, you should also be encouraging them to think for themselves. This is especially true for parents who give their kids cell phones for school and/or socialization. You can’t monitor their behavior as closely when they’re out in the real world.

So, instead of going crazy about what your kids might be doing on their phones, give them boundaries then provide swift and fair consequences when/if they disobey. That will teach them to use their phones more mindfully while also giving you some peace of mind regardless of their age.

PRO PARENTING TIP: There’s a popular program for parents called “Bark” that lets you keep track of your kids’ activities online for an affordable price.

The bottom line is kids should get a phone when they need it and can be responsible with its intended use. Appropriate ages will vary from child to child. Thus, evaluate your situation and make wise decisions from there. 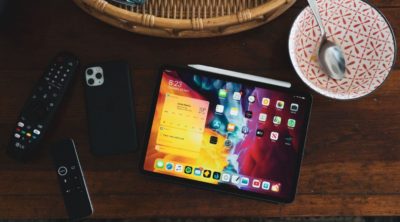 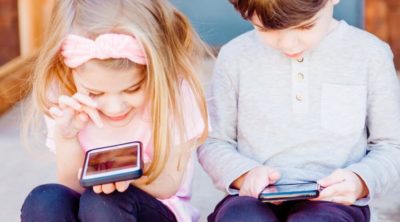 How to Unplug Your Kids From Too Much Screen Time
Effects of Video Games on Children: Good or Bad, You Decide!