How Does the Foster Care System Work? Read This to Find Out

The foster care system takes care of those children whose biological parents cannot raise them because of various reasons. The system places such children in foster homes and tries to resolve the problems that caused them to separate from their families. If reunification is not possible, the system looks for adoptive parents. Let's find out how the system works, and its various aspects.

Home / General / How Does the Foster Care System Work? Read This to Find Out

The foster care system takes care of those children whose biological parents cannot raise them because of various reasons. The system places such children in foster homes and tries to resolve the problems that caused them to separate from their families. If reunification is not possible, the system looks for adoptive parents. Let’s find out how the system works, and its various aspects. 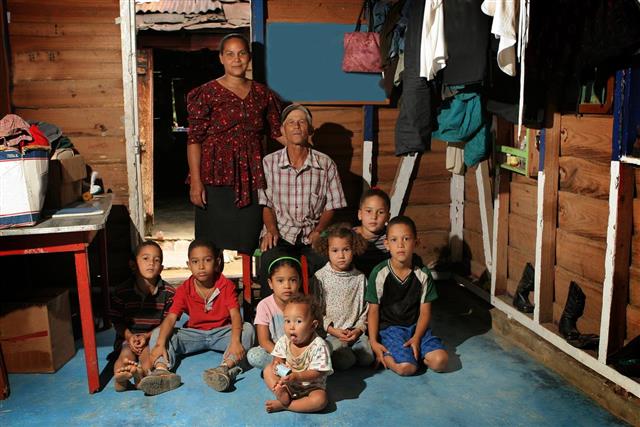 As estimated by the Adoption and Foster Care Analysis and Reporting System of the United States, about 400,540 children were in foster care on September 30, 2011. Out of them only 27% were with their related foster families, while 47% were with unrelated families.

The foster care system aims at rescuing children who cannot live with their parents or families, and provides them with a temporary but safe, caring, and nurturing home environment, until they can be reunited with their families or another permanent home is found for them. This situation can arise when parents, for some reasons, are unable or unwilling to take care of their children. The system basically aims to promote the mental and emotional well-being of children who are separated from their parents by providing a supportive environment. Sometimes, the government or social service agencies can also separate children from their parents, if they feel children are not safe with them.

How the Foster Care System Works?

» This system basically places a child in an institution, group home, or a private home of a caregiver who is called the ‘foster parent’. A foster parent is a state-certified caregiver who looks after the child and provides him a safe home environment. He receives a stipend from the state for the expenses incurred.

» If the child is placed in a group home or an institution, the government compensates them for the expenses incurred on the child. However, all the legal decisions about the child are taken by the state through its child protection agencies and family courts.

» The foster parents are not a replacement for the child’s biological parents, as the reunification of the child with his family is the first priority of the foster care system.

» The system tries to find out permanent homes or adoptive parents for the concerned children, only when family reunification is not possible. The legal guardianship and parental rights are then transferred to the adoptive parents.

» The entire system operates at the local level through certain government agencies. Usually, the division of social services (part of the Department of Health and Human Services of the State Government) runs the entire system with the help of the County Social Services Department and private foster care agencies. The rules and regulations regarding how the system should function are laid down by the state government, according to which the actual work is carried out by these organizations.

» The foster care system plays a major role in placing children in foster homes, training the foster parents, and working for reuniting them with their families.

» The non-profit organizations or private foster care agencies receive funds from the government for the activities related to foster care. Donations are another source of funds for these organizations.

How the System Evolved?

» The foster care system was first started in the United Kingdom and the United States in 1853. In the United Kingdom, Reverend John Armistead rescued several children from a workhouse in Cheshire and placed them with foster families. He gave their legal responsibilities to the local authorities, which also paid the foster parents for the care and maintenance of these children.

» In the United States, the system was first started in New York City, where orphans and neglected children were rescued from the streets and sent to foster homes by the Children’s Aid Society founded by Charles Loring Brace.

» Earlier, orphanages or poorhouses were the only options available for children whose parents could not take care of them. A child was considered fortunate enough if he was adopted by a loving family. But over the last hundred years, this scenario has changed in North America and Europe, with growing preference for foster homes over orphanages.

» The main philosophy behind this preference is the belief that, children growing in a home environment are better off mentally and emotionally, as they get love and attention from their foster parents. This in turn ensures their healthy growth.

» The foster care system looks for another permanent home by finding adoptive parents for the child, if it is not possible to reunite the child with his biological family. The adoptive parents are then given all the legal responsibilities of the child. In many cases, the child is adopted by his foster parents.

Main Drawbacks of the System

» This system faces another growing problem, which involves youths between 18 to 21 years of age who ‘age out’ of foster care. They do not receive any care and assistance from the government, and hence face many challenges to start out on their own without the support of their parents and families. They experience homelessness, poor health, unemployment, and become easily vulnerable to substance or drug abuse.

» The foster care system fails to reunite some children with their biological parents. Sometimes, the system also fails to get adoptive parents for all of them. As a result, these children end up shifting from one foster home to the other, which adds to their uncertainty and instability.

» Child abuse, emotional deprivation and negligence, poor academic performance, increased levels of stress, and high incidence of medical and psychiatric disorders are other serious problems among the children in foster care.

» The foster parent should have the necessary resources and ability to meet the requirements of his own family, and his home should meet certain safety standards laid down by the authority.

» Individuals or families interested in becoming foster parents have to fulfill certain basic requirements. They have to go through the process of screening, training, and licensing.

» The foster child must be provided with his own bed. Some programs require separate rooms for every child, while others maintain that at least a bed and space for personal storage should be available for every foster child.

Role of a Foster Parent

The job of a foster parent is quite challenging. He has to be very sensitive and empathetic towards the child and ensure his overall growth and development. Additionally, the foster parent has to deal with the various emotional and psychological needs of the child, depending on the reasons why he has been separated from his parents.

However, this is also a rewarding experience, as providing a home to a child in need is undoubtedly a noble deed. While serving as a foster parent one has to work with the foster agency and maintain regular contact with the biological parents or family of the child.

Adoption of Children from Foster Care

» The foster care system usually prefers a relative of the child as the adoptive parent. If this is not possible, the foster parent or someone close to the child is preferred. If both options are not available, the child may be adopted by a stranger. If the system cannot find any adoptive parent for the child, he is placed in ‘Another Planned Permanent Living Arrangement (APPLA)’, and the child stays in the custody of the state.

» Families eager to adopt children from a foster care should be able to provide a safe and healthy environment required for their mental and physical well-being. Additionally, they must provide for the child’s educational and social needs.

» The entire process can take some time, around 9 to 18 months on an average. Many states issue a dual foster/adoption licensing, whereby the child is considered a foster child, until his adoption is finalized.

» The entire process of adoption can be a bit complex, which involves identification of the parents, followed by the notification about their legal rights. The actual parent of the child is also given the opportunity to participate in the court proceedings. The child is given for adoption only after the termination of parental rights (TPR).

» As far as the cost of adoption is concerned, those planning to adopt from a public agency need not pay any amount. However, those who opt for private agencies may have to spend some money, which can be reimbursed through the federal adoption tax credit, once the adoption process is finalized.

The foster care system, like every system, has some inherent problems and shortcomings which need to be addressed for the efficient working of the system.