Have You Got Competitive Mom Syndrome? Find Out Now

Competitive mothers often expect their children to be perfect at everything. This can cause the child to harbor feelings of insecurity and develop low self-esteem. Here, we will tell you the signs of a competitive mother and explain the competitive mom syndrome with examples.

Home / General / Have You Got Competitive Mom Syndrome? Find Out Now

Competitive mothers often expect their children to be perfect at everything. This can cause the child to harbor feelings of insecurity and develop low self-esteem. Here, we will tell you the signs of a competitive mother and explain the competitive mom syndrome with examples. 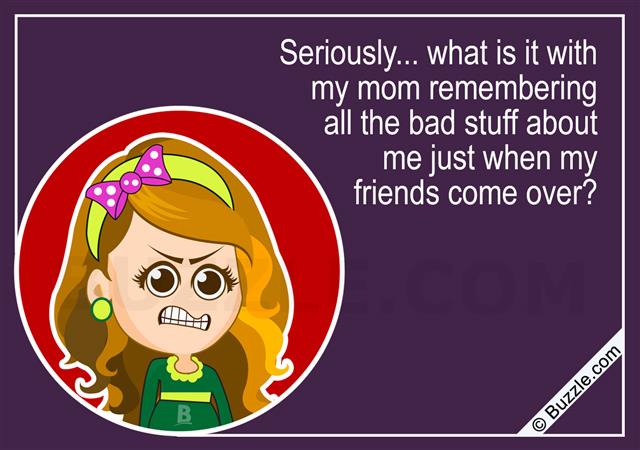 Who are Competitive Moms?

Mothers who go to extraordinary lengths to ensure that their children outdo others in academics, sports, hobbies, etc. Competitive moms push their children so much that they end up burdening their children with unreasonable expectations.

Now, let’s be honest, every mom is competitive to a certain extent. Some mothers though, take it to an altogether new level. It starts from comparing baby bumps in antenatal classes and continues through to the method of delivery – cesarean or natural, losing post-pregnancy weight, right up to the behavior and development of the child. It is just a never-ending quest which initiates once a woman knows that she is pregnant. While, maternal pride is a natural human instinct, some mothers overdo it.

They do not realize the amount of pressure they exert on their children. Moreover, these mothers go on to belittle other children and their mothers in order to prove that their child is better. They continuously praise their child in front of others, and undermine the intelligence and capability of others.

The term used to describe such behavior is known as the ‘competitive mom syndrome’. If you are knowingly or unknowingly acting like a competitive mother, here is a list of symptoms which you should check.

You Suffer from Competitive Mom Syndrome If You…

You swear there was foul play when your toddler did not win the local ”Sweetest Child” pageant.
Every mother thinks that her child deserves to win in life but beware, and do not overreact if your child doesn’t stand first in some game or contest. If you blame others for this or throw a tantrum, then it will only portray you in a bad light. As far as the child is concerned, he/she is too young to bother about winning or losing, he/she would rather be happy playing with his/her pals.

… can teach your child to bend the rules.

You ask your child to cheat in order to win the treasure hunt.
Winning is so essential for these moms that they even resort to cheating in any contest or game that their child participates in. I know a person who instructed her five-year-old to “beg, borrow or steal” but win the treasure hunt. Just imagine the kind of example you will be setting for your child at such an impressionable age. Instead, you could just explain to them that winning is not as important as playing fair and ethical behavior.

You tell everyone that your baby’s incoherent first word was in French.
The first word a baby utters can be very special for any parent, and they take immense pride in telling everyone about it. However, competitive parents give it an all together new meaning. They like to resort to hyper-parenting and love to tell others about the baby’s larger than life achievements. Even though, the parents might not know a single word in French, they like to believe that their baby is a little language prodigy. The solution, refrain from overrating your child’s behavior.

… constantly compare your child with others.

You keep comparing your child’s height and weight charts with those of your friend’s children.
There is definitely a vast difference in showing concern about your friend’s child and trying to portray that your child is healthier. Mothers who are ultra competitive ignore the fact that such comparison might hurt their friends and hamper their relations. They do not hold back, when it comes to criticizing other children. Every kid is unique in his or her own way and it is important that we appreciate this difference.

… cannot let go of small follies made by your child.

You get disappointed because your child scores A instead of an A+.
To a regular mom, it will just be a temporary slip in the grades, but to a competitive parent it is catastrophic. These parents want their children to excel in every aspect of life. They are especially on the tenterhooks when it comes to the academic grades. Sometimes, it is important to let go and motivate the child to do better next time. Competitive moms, may get severely upset even at a minor change in grades.

… can lie to promote your child’s achievements.

You tell everyone that your child is playing Snow White, even when she gets the part of the mirror.
This is a major NO-NO. Many mothers like to portray themselves as super-moms with super-kids who always get the best of everything. If a child doesn’t get a lead role in the school drama, you should boost him to execute whatever part he/she is playing excellently. By lying about it, competitive or alpha moms not only set a wrong example but also make the child feel inferior.

… can burden the child with your expectations.

The only bedtime stories you read to your child are biographies of great people.
Yes of course the right type of mental fodder is going to help in molding your child’s mind. However, alpha moms often forget the age of the child and expect too many things quickly. They need to understand that children must be treated according to their age. They should be told fairy tales and fictional stories which are appropriate for their age. Burdening the child unnecessarily, should be avoided.

… brag about your child’s achievements.

You record your child’s first musical performance and show it to your friends, claiming that he is the next Mozart.
In their quest to prove that their child is the best, competitive mothers often lose their grip on reality. Every child requires encouragement so that it inspires him/her do greater things, but being dishonest about it will not help. Many times, these uber competitive mothers go overboard in their appreciation and expectations. Others might find this trait to be very distasteful. Also, it is important to be honest with the child about his/her progress and growth.

… are obsessed with your child’s development.

You buy IQ enhancing toys for your baby’s first Christmas.
Competitive moms are always keen on the overall mental and physical development of their child. Oftentimes, this leads them to buy toys and books which deal more with education than fun. Children enjoy playing with toys that are creative and tend to keep them engaged. Unless, educational toys are capable of engaging the child, they will not serve the purpose. So give the child something that he/she will truly value and thoroughly enjoy.

… get disappointed when the child does not behave as you please.

You make a mountain out of a mole hill when your toddler builds a sand mountain instead of sand castle.
For a regular parent, a child not behaving according to her idea of “perfection” may be okay. But for an alpha mother, when a child does not live up to her expectations, it is a huge loss on her part. She feels that she has failed as a mother. This actually may not be true, as every child will express himself or herself in his or her own unique creative way.

… share pictures and videos of your child’s every small conquest.

You bore your friends and family with videos and photos of everything your child does.
I know all moms do it, and who doesn’t love to talk about the joy of their lives. But unfortunately, competitive parents can overdo it a bit, which leads to people getting over bored. Jokes apart, they not only shoot photos and videos about anything and everything related to their children but they also make it a point to show it to whoever comes to their house. All this gets appreciated to a certain extent, but after a point of time, people really aren’t interested in knowing what an excellent hand-eye coordination your baby has, or how easily he picked up instructions during the potty training sessions.

It is important that instead of pushing your child to be an achiever, you should spend quality time with him. It is essential that children know that they are loved unconditionally. Owing to the competitive mother’s constant efforts, if they keep comparing themselves, the child may not grow up to be a confident and self-assured individual. For their overall development, it is important that children feel secured and loved at all times. Unnecessarily pressurizing them to win will only push them in the opposite direction. 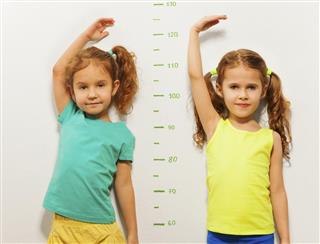