Though Hebrew names and their meanings have Jewish origins, they are also used by Christians, and even Muslims in certain instances. AptParenting attempts to help you choose a good Hebrew name for your baby girl/boy. 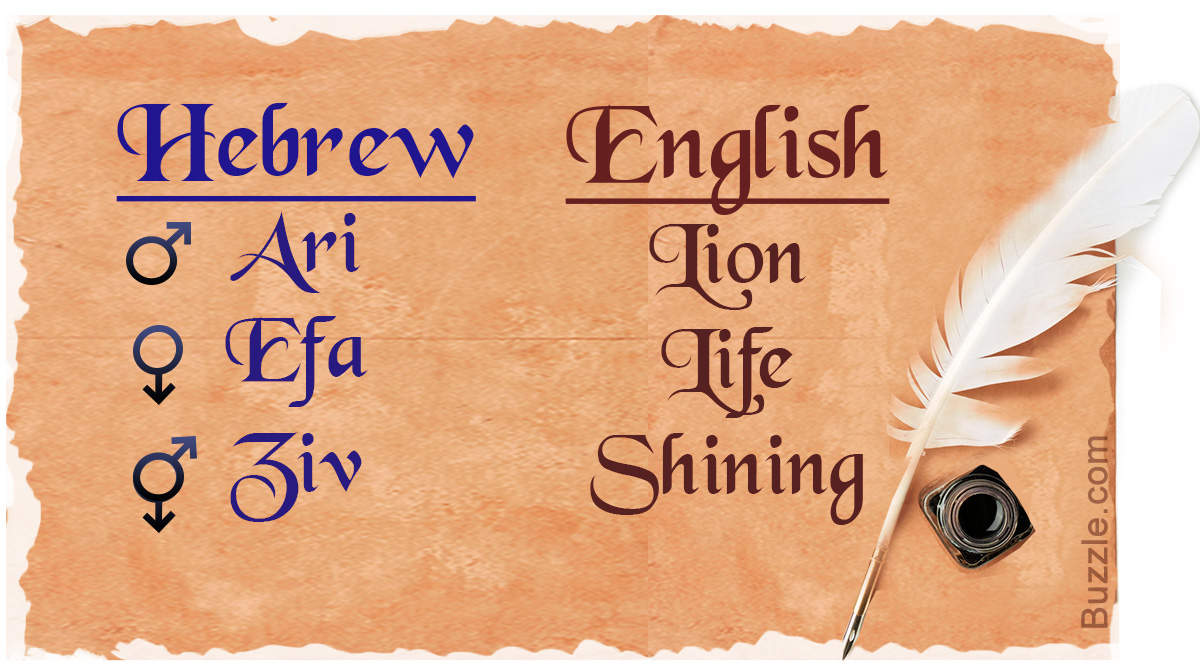 Though Hebrew names and their meanings have Jewish origins, they are also used by Christians, and even Muslims in certain instances. AptParenting attempts to help you choose a good Hebrew name for your baby girl/boy.

Most Jewish names that originate from the Hebrew language are those which are mentioned in the ancient scriptures of Judaism. These include the Tanakh, Nevi’im: The Prophets, and Ketuvim: The Writings.

This article brings you a list of some of the most popular Hebrew names in alphabetical order, along with their meanings. We hope you find nice names for your baby girls and baby boys from the list.

It should be noted that there are numerous Hebrew names, which do not actually have a Hebrew origin. On the contrary, many of these names have been borrowed from other ancient and medieval languages, which include Aramaic, Phoenician, Egyptian, Latin, Greek, and so on. We hope that you find the above list useful. If you come across an interesting Hebrew name that is not included in the list, do make it a point to share it with us.