Roughhousing with Your Kids

It's natural for children to want to engage in pranks and play-fighting, but sometimes this type of play can go too far. Instead of forbidding children from following their natural developmental process, parents should show their kids how to roughhouse so that no one gets hurt.

Home / General / Roughhousing with Your Kids 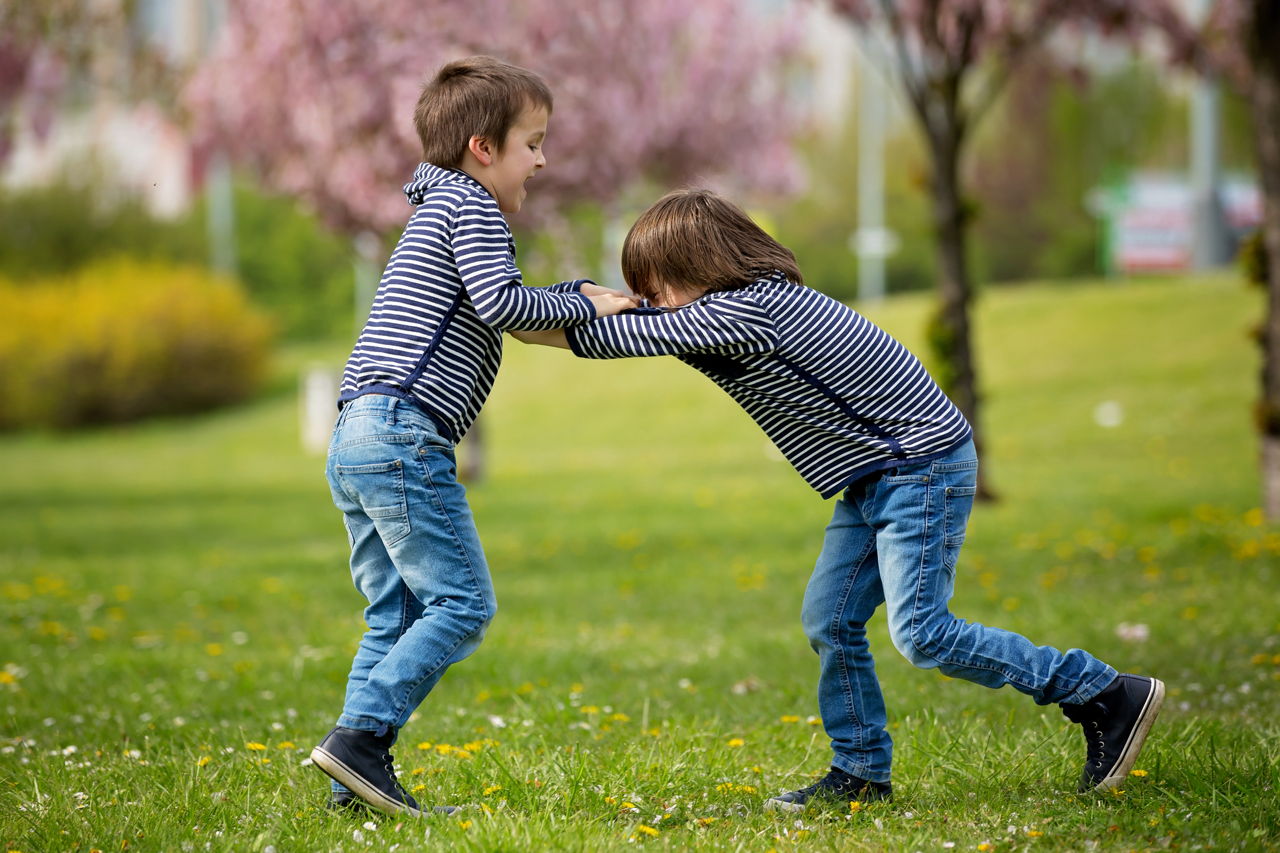 It’s natural for children to want to engage in pranks and play-fighting, but sometimes this type of play can go too far. Instead of forbidding children from following their natural developmental process, parents should show their kids how to roughhouse so that no one gets hurt.

Part of being a kid is engaging in a little bit of mischievous fun, whether with siblings, friends, or other family members. Some parents may think that pranks and mischief should be avoided at all costs because they indicate a mean streak or because they encourage guile and bad behavior. It’s certainly true that a penchant for small pranks could escalate into something worse if not attended carefully. However, if parents are there for their children and are available to teach them boundaries and propriety, as every good parent should be, there is no harm in having a little good-natured fun once in a while.

Young cats and dogs play-fight one another as an important way to bond and to develop useful skills that will help them later in life. Mischief among children is very similar to this. When kids play pranks on one another, they are engaging their creativity, among other cognitive abilities that they will use later. When siblings play jokes on each other, they should be having fun, and at the end of the day they should be aware that they still love and are loyal to one another.

This is why it’s so important to teach children boundaries when they joke. Inevitably, a joke or a wrestling match between brothers will go too far, and that’s when it’s time for a parent to step in and teach the kids a valuable lesson about how to gauge when they’ve gone too far before rough play gets out of hand.

One of the most important ways that children learn how to behave is by observing and imitating adults. In early childhood, kids use their parents as models for how to act and react in almost every situation. As kids grow up, they may start to turn to other adult role models and peers for information about acceptable behavior, but by that time many of their most basic traits and habits will already have developed.

Understanding this point is crucial to raising well-behaved and happy children. In the case of pranks and play-fighting, children with no example to follow may not know when to stop. However, if parents model appropriate and acceptable outlets for this natural inclination, they can help their children avoid behavioral problems later on.

The conclusion to these considerations is obvious. Parents must play with their kids but must not entirely dictate the type of play. For example, if two young boys have a natural inclination to roughhouse with one another, parents can oblige this by roughhousing right along with them. This way, the parents can demonstrate the limits of play-fighting, how to react when someone accidentally gets hurt, how to judge when it’s time to stop, and how to avoid causing hurtful accidents. Even if skills of physical aggression are often not needed in today’s society, the social skills that are developed simultaneously can be crucial to social survival. Playing along with kids allows them to develop these skills.

Of course, there is always another point of view to consider in any matter related to raising children. In this case, the obvious alternative to engaging with kids’ rough play to model acceptable behavior is to watch the youngsters carefully and to avoid letting them play violently. This may seem like a good way to ensure that kids don’t develop an inclination for violence. By the time they start school, then, they may have already developed a distaste for rough play and they may refuse to engage in playful or serious violence with other children.

Taking this approach involves a considerable risk, though: any time a child is absolutely forbidden from having or doing a particular thing, that thing may become a forbidden fruit in the child’s eyes. Whereas a child might not have been interested in violent play more than to try it out once or twice, forbidding violent play altogether could increase the child’s interest in such behavior.

There is no escaping the fact that children learn by following examples around them. That’s why it’s so important that parents set a good example for their kids, particularly when it comes to behavior that could get out of hand. With pranks and play-fighting, a good example and a solid model of acceptable behavior could be the decisive factor in avoiding future problems.