How to Deal with Cyberbullying

There is a lot of advice available on how to deal with cyberbullying. However, what is important is whether the advice really helps or is it only full of precautions and no cure? Before knowing how to deal with it, it is very important for people to understand what exactly this term means. Keep reading to know more about this form of harassment, and how to deal with it.

Home / General / How to Deal with Cyberbullying 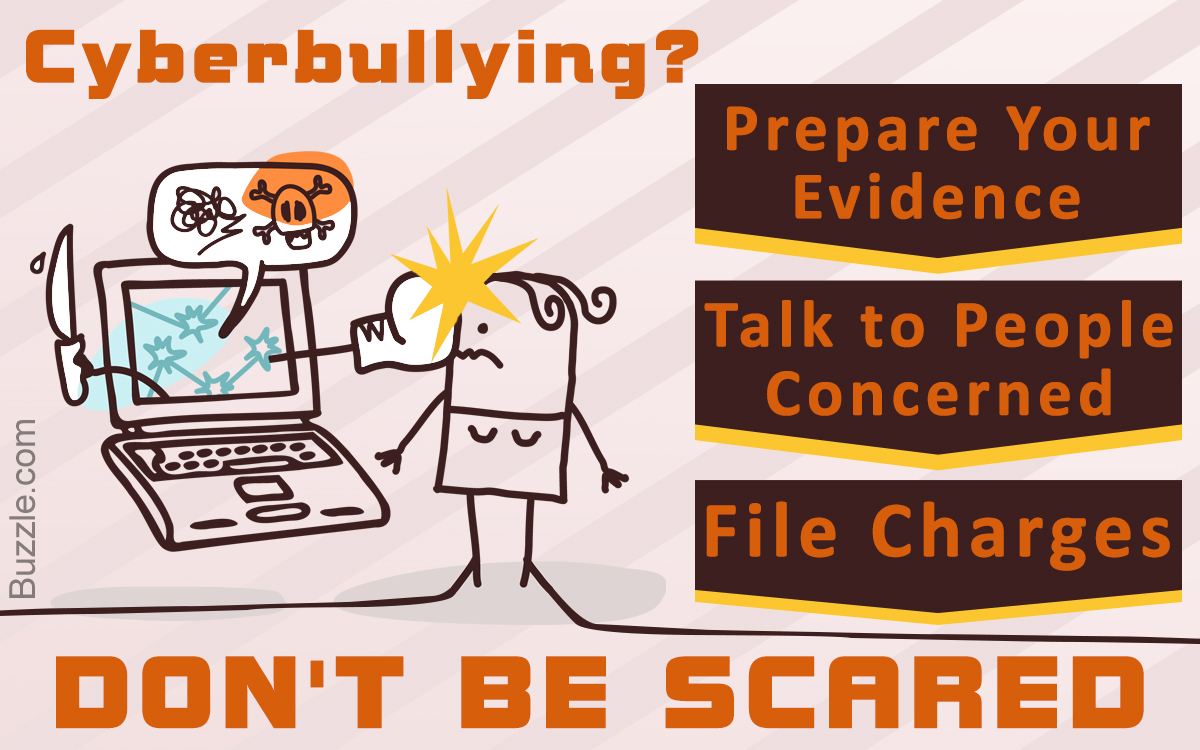 There is a lot of advice available on how to deal with cyberbullying. However, what is important is whether the advice really helps or is it only full of precautions and no cure? Before knowing how to deal with it, it is very important for people to understand what exactly this term means. Keep reading to know more about this form of harassment, and how to deal with it.

The Internet in not only an innovation, it is an era, that is just getting better with every passing day. Everyday, we see ourselves progressing through the Internet in one way or the other. However, with all these advantages that the Internet and other forms of technology has, there are also some disadvantages. Though the world brings in new methods to fight these disadvantages everyday, they is still reason for trouble in the society today. One such problem creating lots of trouble is cyberbullying. Though this article will tell you in detail how to deal with cyberbullying, it is also important that you know what exactly this means, and what all it comprises. Cyberbullying is one of the most important things you should know about, as it can be done at anytime, by anyone, and for a reason you might not even be aware of!

The Concept of Cyberbullying Explained

“Cyberbullying involves the use of information and communication technologies to support deliberate, repeated, and hostile behavior by an individual or group, that is intended to harm others.” – Bill Belsey

Cyberbullying is a form of harassment, intentional mental/emotional torture, that is target towards a particular individual through the medium of the Internet, mobile phones, and other similar technologies. Opening up of fake profiles, photographs, discussions about the person on a public forum, ridiculing that person, or any other action that will lead to torture of that person, is considered cyberbullying. Cyberbullying is done in two ways, directly and indirectly. The indirect way is also known as a ‘proxy’ method. The direct way includes sending direct threats via e-mails and messages, whereas the indirect way includes bullying without the knowledge of the person involved. After cyberbullying gained so much momentum, the governments came up with laws that punish these bullies. It is important you know of these, while learning how to deal with cyberbullying. These cyberbullying laws help in curbing the impact to quite some extent. Cyberstalking can also be a part of cyberbullying.

Tips to Deal with Cyberbullying

Cyberbullying is considered a problem mostly for school going teens, though everyone is at equal risk. There are many causes of cyberbullying, ranging from showcase of hatred to intentional torture. People indulge in cyberbullying mostly just for the fun of it. Most of the time, these bullies don’t even understand the seriousness of their actions. Another reason for this kind of bullying is because, here, the bully remains anonymous. People sometimes indulge in it as a way to seek revenge as well.

The first step is to ignore the bullying; the simplest way to handle the situation. If you are getting e-mails from the bully, block that particular e-mail id. Only and only if the bullying increases in intensity, you need to be concerned. You should also understand that you don’t need to get affected by this bullying, and it’s not going to affect your life in any way. Don’t be embarrassed of yourself for no reason and for no mistake of yours. Once you realize that things are going way beyond just irritation, you need to move to the next step.

Talk to the People Concerned

If you are a student, talk to your parents about it. They will guide you as to what should be done and what should not be done. If you know who the bully is, approach your teachers with the problem and the name of the person who is bullying you. Talking about this problem with elders will help you in many ways. You will understand that you are not alone and there is no need to suffer in any which way. If you are a teen and living on your own, approach the police. Do this only and only if the bullying has taken a malicious form. If not, first try to block and report the person on the website itself.

Knowing how to deal with this bullying isn’t going to be enough. You also should know how to put a stop to it. Start compiling your evidence against the bully. If he sends you text messages, make a separate folder for them and store them in there. If he has opened a forum for bullying you or he is discussing you on an already existing forum, take screenshots of those pages. Make a folder for your e-mails as well, and keep those stored too. If he has opened a new profile of your name on any of the social networking websites, take screenshots of those too. This way, you will have a lot of things against this bully and to prove he is guilty, if ever needed.

Send the bully a copy of all the evidence that you have, and ask him to stop. If there is no way in which you can reach the bully, directly report the problem to the police and file charges as well. The evidence that you have collected will help you here. Filing charges will not only stop the bully from bullying you, but will prevent harm to other people too. You have to understand that fighting against what is unjust is very necessary than just being silent about the whole problem. Once you report the problem with all the evidence, the police have their own ways of tracking the bully.