Fun Circle Time Games and Activities That Preschoolers Will Enjoy

As kids, we always awaited just one thing, playtime! We know of many games that we have played in our childhood, but there might be some you didn't know of, and wouldn't want your kid or cousins to miss! We give you some really simple and fun circle time activities and games that your kids would love to play!

As kids, we always awaited just one thing, playtime! We know of many games that we have played in our childhood, but there might be some you didn’t know of, and wouldn’t want your kid or cousins to miss! We give you some really simple and fun circle time activities and games that your kids would love to play!

“Life is more fun if you play games.”
― Roald Dahl, My Uncle Oswald

Remember those good ol’ days when we were young, and we loved to go out and play with friends and family? Those days were fun, kept us healthy and fit, made us socially interactive, and taught us that winning alone is not always important, rather the whole idea of participating and putting efforts in trying to achieve something, is! Today, as technology takes over, kids want to sit at home with their phones, tablets, or PlayStation, and play virtually. Their sole target is to win, and they continue playing till they don’t. This gives rise to addiction and closes the doors to real and fun games that are played with people and not with machines.

The best way to keep your kids from falling into this trap is to develop the habit of asking them to play outside at a very tender age, with some amazing activities and circle games that are so much fun that they wouldn’t want to switch to virtual playing! Here are some interesting circle time activities for preschoolers!

This game is more fun when played with a large number of kids. They are supposed to sit in a circle with a ball of wool in one kid’s hands. Holding one end of the wool string, he calls out a name, and throws the ball of wool to him. This creates a string of connection between the two. The kid who receives the ball, repeats the process by throwing it to some other kid. Repeated throws make a web of wool strings. The game gets interesting when the web is to be unwound using the same process!

One kid plays the role of Simon here, and starts with “Simon says, (some action)”. All the other kids are supposed to do that action, only when Simon gives them the instructions starting with, “Simon says”. If someone does the action, when Simon simply gives instructions without using the keyword, that kid is evicted!

One kid takes the name of an animal. The next kid should be able to name another animal whose name starts with the letter that the first animal’s name ended with. This continues till somebody can’t name another animal. This game can be played with many variations, like names of places or other things. In this fun game, kids get to learn a lot, as well as practice thinking.

This is a fun game, where different categories are named, like colors, animals, cities, etc., and all the kids have to take one name from the said category one by one. But this needs to be done very quickly. A clapping sequence is set, like 2 claps, 2 snaps. At the end of the second snap, the kid next in turn must take a name, or he is evicted.

Now this game can leave you going bonkers laughing! Kids are to lie down in a circle, with their heads on another kid’s stomach. Starting with a kid saying “HA” aloud, the next kid is to say “HA HA”, the next “HA HA HA”, and so on. Every time a HA is said, the head on the stomach bounces. This causes a huge laughter sequence by the time the game gets over!

Honey if You Love Me …

This is another interesting and funny game. One kid starts by saying, “Honey if you love me, (some action)”, say “smile for me.” The other kid without smiling responds by saying “Honey I love you, but I can’t smile for you. He then does the same to other kids with different actions. Since our natural instincts make us do things we are asked to, and not its opposite, kids tend to make blunders here, making it a fun game.

A very common game is passing the parcel, but it is still a good one as it makes us do all kinds of crazy things! A parcel, which can be a ball or a cushion or anything else, is passed around the circle with music playing in the background. Here, one person stays out of the circle controlling the music. As he stops the music, the person with the parcel is given some activity like singing or dancing or acting. He performs the act, the music begins again, and he continues passing the parcel. The game continues until all get a chance at least once!

For this game, there are a circle of kids where one kid points out to another shouting SPLAT, and that kid who is pointed at needs to duck. As soon as he ducks, the kids on either sides of that kid have to splat others; whoever splats last loses. This is game finishes very quickly giving new winners almost every time, and can be played over and over again without getting bored! 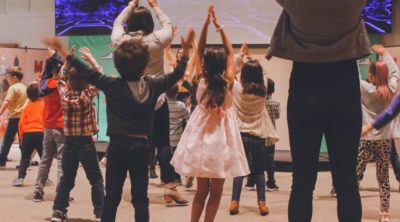 The 4 Best Circle Games for Kids with Lots of Energy 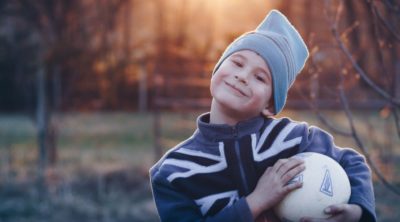