Pros and Cons of Holding a Child Back in School

A child's academic progress is important for both, parents as well as teachers. It is the responsibility of parents, teachers and the principal of the school to take wise decision of promoting or holding the child back, if the need arises. It has some pros and cons, and the up coming article deals with the same.

A child’s academic progress is important for both, parents as well as teachers. It is the responsibility of parents, teachers and the principal of the school to take wise decision of promoting or holding the child back, if the need arises. It has some pros and cons, and the up coming article deals with the same.

It is important to take an appropriate decision in both cases, as performance wise, it affects the child’s future schooling. It is a very complex decision for the parents to take and for the kid to cope with, who will see his friends going to the kindergarten or being promoted to next the grade and my suffer emotionally. As with every decision, there are some pros and cons associated with it, some of which are mentioned below.

Advantages and Disadvantages of Holding a Child Back

In the United States and some other parts of the world, parents and educators believe that a child should turn 5 years old before or by the month of September to enter kindergarten. A child smaller than that may face difficulties in while interacting with classmates who are comparatively older and he may even struggle with activities conducted.

One of the pros of holding your child back in kindergarten is that he becomes more mature and learns better. He can complete given tasks in time and is ready for the next. Another advantage would be of he being familiar with the schedule and surroundings.

On the con side, sometimes, a demoralized retained child may not learn or participate in the activities because, he may feel whatever was to be learned was done previously. He won’t pay attention to whatever is being taught and might keep looking out of the window or disturb other kids and may show other behavioral and emotional problems. The studies show that a retained child after a time slows down and starts performing poorly.

Is Your Child Ready for a Promotion in School?

The best reason to hold a child back depends on its developmental readiness. What is developmental readiness? Children pass through developmental stages as they grow and during each stage, acquire skills common to that age and the peculiarities of their own. These characteristics, to some extent, are partly influenced by heredity factors and partly by experiences and the environment in which the child lives.

A qualified person such as a teacher takes into consideration such characteristics and evaluates them before admitting a child to the kindergarten or promoting him, with certain tests and results are reported to parents. These results guide the parents in deciding on their child’s enrollment into kindergarten as well as in retaining him in kindergarten. These screening tests concentrate on the following aspects.

This issue arises if the child is smaller for his age or has some other health issues at the time of enrollment in kindergarten. These kids may find it difficult to accomplish what is expected from them academically and may need to be held back. Kindergarten is the time when a child gets a chance to acquire new skills. The rate at which the skills are acquired vary a great deal from child to child. To channelize their physical energy in a constructive way, they are taught dance, music and even ground activities. The purpose of these activities is to develop the gross and fine motor skills in children.

Gross motor skills help in strengthening muscle development. The child with basic gross motor skills can perform tasks like balancing, kicking, jumping, running and climbing stairs up and down. Fine motor skills contribute to the development in eye-hand coordination. Activities like coloring, throwing a ball and catching it, tying shoe laces can help to develop fine motor skills which are very essential at later stages of life. If a child fails to progress in these skills, at the end of the year, then the teacher may advise to retain him even if age allows him to be promoted.

A child when enters kindergarten, comes in contact with new people. Till now he is totally secured under his parents care. But in school, he needs to adjust with peer group and interact with them. A child who does not face much difficulty in interacting with his peer group and teacher, is considered as socially developed. Interacting involves co-operating with other children while playing, understanding his responsibility in group activity and sharing his basic feelings of happiness and sorrow with others. So this aspect is considered at the time of holding a child in kindergarten as well as while promoting him.

Social and emotional development play a vital role in how a child behaves. An immature child in a kindergarten can influence such behavior in other children and can disrupt the schedule. If parents have doubts about their kid’s ability then screening tests proves to be really useful to sort this issue.

On the other hand, some children at the initial stage lack initiative or are just shy and do not open up completely. But after sometime, they get an idea of the situation and begin to adjust with the rest. They start sharing their thoughts and views about things, and participate in the activities wholeheartedly. They learn to make requests rather than snatching and grabbing things from others. At the same time, they start developing a sense of independence. They contemplate on their actions, distinguish between good and bad and behave accordingly. Every skill learned is an accomplishment and has a bearing on the decision of holding a child back or not.

Cognition is the psychological result of perception, learning and reasoning. Screening tests can judge whether a kid has started in these skills or not and can help a lot in taking a decision with respect to enrolling a child. A child who is yet to start in these skills may find kindergarten tough and lose interest completely. Concept formation is promoted in kindergarten. A child perceives things in the surroundings and develops concepts. He learns to identify colors, shapes and letters and tries to connect them to objects in the surroundings.

The attention span also matters during this developmental stage. Is he able to do an activity with concentration or becomes restless during it is important while judging the progress. A child lacking in these skills after a year in the kindergarten raises the issue of retaining him or not.

It must be noted that studies show that retaining a child back in school can create problems for him in future. On the other hand these studies also show that promoted kids do better than those who were held back may be because keeping back may cause him to feel inferior. Parents and teachers should weigh the cost of holding a child back and decide accordingly. 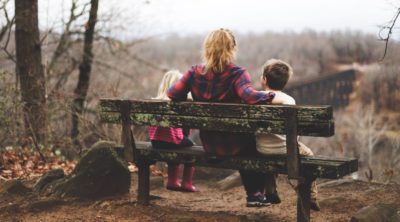 Know This Before Using the Parents As Teachers Program 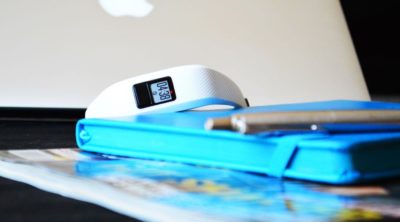 What are the 5 Best Magazines for Kids? 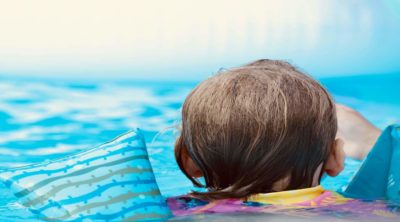 Take Your Kids to the Pool with Parent Child Swim Lessons