Parental alienation syndrome is a behavioral pattern observed wherein a child's parent, either consciously or unconsciously, alienates the child from the other parent. This article provides some information about this syndrome.

Parental alienation syndrome is a behavioral pattern observed wherein a child’s parent, either consciously or unconsciously, alienates the child from the other parent. This article provides some information about this syndrome.

The hate, vilification, or bias adopted by a child towards a parent due to behavioral impression or teachings of the other parent is termed as parental alienation syndrome (PAS). It is commonly observed in kids whose parents have a deep animosity between themselves, or in kids who have a single parent. This term was first subjectively defined by Richard Gardner in the 1980s.

He stated that this behavior in a child, whether induced deliberately or unknowingly, causes him to hate the other parent. However, it is not referred to as a medical disorder by doctors and the legal community of the world, even though the use of the term is commonly observed in countries like the United States.

The prevalence of PAS has been observed and studied right since the 1940s. PAS occurs usually in case of a parent owning custody of a child, usually after a divorce or separation from the spouse. The mother or the father upon custody, imbibes tremendous hatred against the other parent which has no justifiable reason.

The affected children tend to insult, abuse, and denigrate the parent and display a total lack of concern for him or her. This is a sort of brainwash or indoctrination infused by either the father or mother through both spoken words and unspoken behavior, as though the other parent is an enemy of the child.

PAS, according to Gardner, is a form of abuse which can be a thought-out procedure by the alienating parent, or simply arise in the child due to constant company of the alienating parent. He further explains that this behavior is characterized into eight kinds of behavior patterns observed in a child. These are:

The prevalence of the syndrome and its reference in matters of child custody, divorce, domestic violence, and sexual abuse is quite often stated, though it has not been considered as a scientific methodology. Each of these symptoms can be observed separately or together in a child. However, it should also be noted that the presence of all these behavioral patterns do not necessarily indicate the presence of parental alienation syndrome.

In short, whether this syndrome is accepted by the authorities as a disorder or not, willful instigation of a child against the other parent is a form of mental harassment. The dispute of parents should be limited to themselves. For an innocent child, both parents play an integral part in his/her emotional development. A child is inherently above any biased feelings for any of the parents and needs their love and protection equally.

Disclaimer: This Buzzle article is for informative purposes only, and should not be used as a replacement for the advice of a mental health expert. 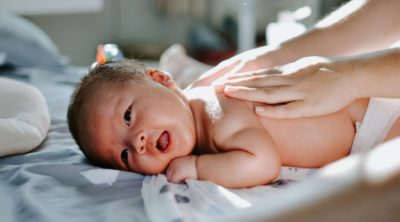 ">How to Treat Baby Dry Scalp at Home without Medicine
"> 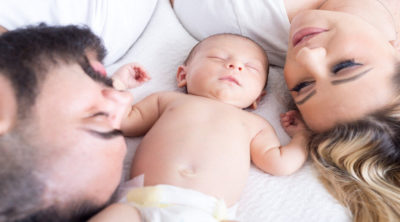 ">What Cold Medicine Can You Take Safely While Breastfeeding?
">

">The Dos and Dont’s of Taking Cold Medicine During Breastfeeding