Why Every Young Parent Should Know These Infant Sleep Patterns 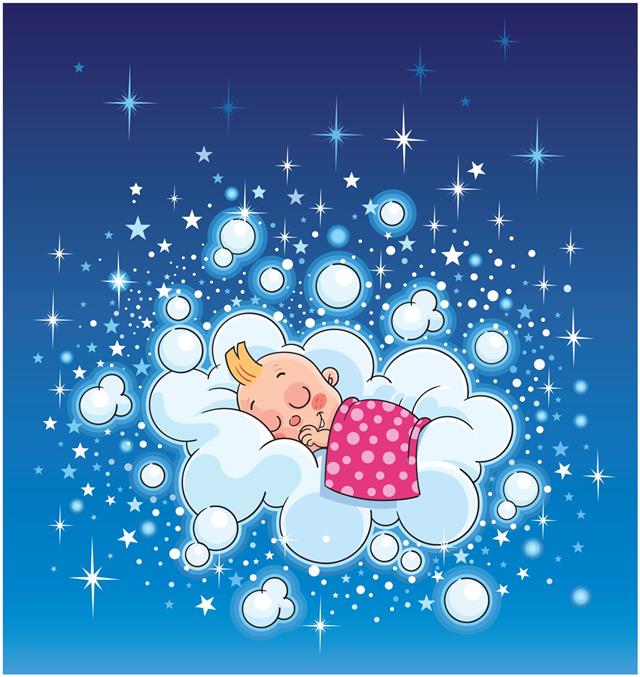 The birth of a baby brings in lots of responsibilities for the parents. Though the only thing parents want, after taking care of the baby’s needs the whole day, is to have a peaceful sleep at night. However, it does not take parents time to realize that they have to say goodbye to their sleep for at least a few months.

Newborns, unlike adults, cannot distinguish between day and night. It will take them time to adjust to the 24-hour clock. Hence, the first few weeks of the baby’s life go in sleeping, most of the time, during the day as well as at night. It is said that a newborn sleeps for an average of 16 hours a day. However, this surely varies, as some babies need only 10-11 hours of sleep, while there are others who need more than 20 hours of sleep.

Though sleep patterns will differ for each baby, there is a common pattern that one can observe in the sleeping pattern of little children. Let us take a look at how sleeping patterns work initially and what are the changes that could be seen during the baby’s growth.

The best way to understand an infant’s sleeping pattern is to compare it with adult patterns. When an adult falls asleep, he passes through several stages of sleep, mainly the non-REM and the REM. Non REM (non rapid eye movement) is the stage when the person is in a deep state, while the REM stage is where the body is at rest, but the brain is highly active and it is at this stage that we see dreams. This cycle of active and passive sleep goes around throughout the night and it is usually during the non-REM stage that people wake up.

The infant sleeping patterns can be divided into active sleep and deep sleep. When the baby is put to sleep, she remains in the active sleep mode for a long time, where you can see her closed eyelids fluttering, frequent body movements, irregular breathing, as well as brief cries and grunts. At this stage, the baby can easily wake up as she is not fully asleep. However, if she is not disturbed at this stage, she will quickly pass into a quiet sleep mode.

The difference between an adult’s and a baby’s sleep is that the REM stage for adults does not last for a long time, i.e., they quickly pass into the non-REM stage. On the other hand, in case of infants, they spend more time in the active stage than on the quiet stage and it is because of this that they wake up within a short time after going to sleep.

The most common reason for babies to wake up during the active stage of sleep is hunger. Infants have little tummies and the milk that they drink gets digested quickly; hence, they start feeling hungry soon. They wake up and try to pass the message to the parents by crying. Apart from hunger, other stimulus can be need for warmth or not receiving sufficient air to breathe. This normal pattern goes through a gradual process of change till they adapt to the day and night situation.

According to modern sleep trainers, babies should be taught to go to sleep at an early stage. However, as per the studies conducted by sleep researchers, the infant sleep pattern is so arranged due to reasons associated with its survival instincts. A baby who has learned to sleep in the quiet stage for a long time, may not be able to wake up if she is hungry or even when she is getting suffocated. This can be dangerous for their life. Hence, active sleep stage actually protects the baby.

Apart from survival instinct, it has also been found that the baby’s brain develops rapidly during the active stage. Research has found that the blood flow to the brain doubles up during this stage and the brain is in the act of processing the information that it received during the time when the baby was awake. Therefore, it can be said that active sleep is important for accelerating the baby’s brain development.

The irregular sleep pattern of a baby may go on for several months, however, this depends on the infant’s temperament too. While some babies adjust to the normal sleeping patterns soon, may be in three to four months, there are other children who wake up at night frequently for 6-9 months. Night waking may also occur while going through different development milestones. For instance, when the child starts crawling or walking, she may try to do it during sleeping time, disturbing her sleep.

Parents have to help their babies adapt to a normal sleeping pattern by introducing a bedtime routine in the second or third month, like singing or rocking her to sleep, etc. With time, the baby will begin to take this as a cue to go to sleep. However, during this time, you should not let the child learn to go back to sleep on her own, if she wakes up at night. Rather, you should put her back to sleep by feeding or rocking her. In six months, most children will begin to sleep for long hours.