Dangers of Soy Milk to Toddlers

The safety of soy milk is a controversial and much-debated subject. Go through this article to understand the possible dangers of soy milk to toddlers.

The safety of soy milk is a controversial and much-debated subject. Go through this article to understand the possible dangers of soy milk to toddlers. 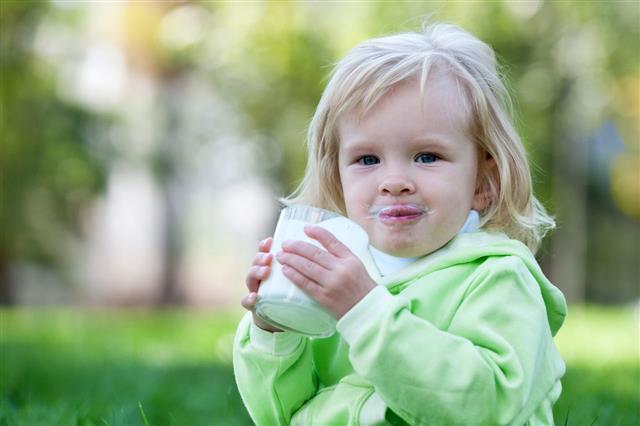 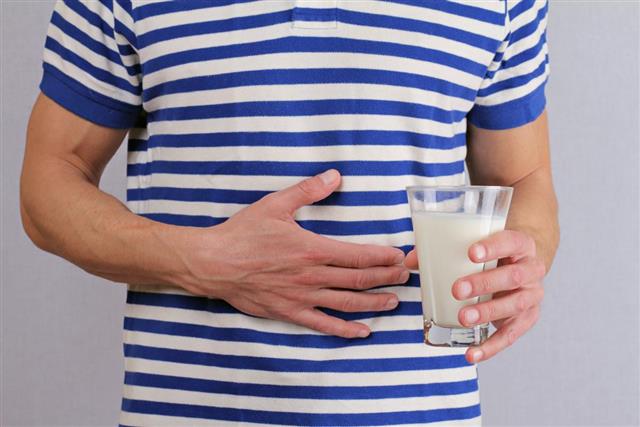 During the first four to six months, infants meet their nutritional requirements through breast milk or formula. As they grow, their requirements too increase. Toddlers require more nutrition than what is offered by breast milk and formulas. At this stage, you may think of other options, like cow’s milk. In case of lactose intolerant babies, you have to choose from the alternatives, which include soy milk, rice milk, and almond milk. Soy milk is widely used as a healthier alternative to cow’s milk. Even those babies who are not lactose intolerant, are given soy milk as a health supplement.

Is Soy Milk Safe for Toddlers?

Derived from soy beans, soy milk is fast gaining momentum, due to its so-called health benefits. It is said to be an excellent substitute for cow’s milk, and is offered to babies too. However, soy milk is linked to some potential dangers, which are listed below.

Like lactose intolerance, soy allergy is also not uncommon in kids. Such kids may develop symptoms, like vomiting, diarrhea, swelling of the face, wheezing, skin rash, etc., after consuming soy milk. The symptoms may range from mild and moderate to severe and life threatening. The latter condition is mostly found in babies with other allergies and health problems, like asthma. Even those with a family history of soy allergy may develop severe symptoms, if they consume soy milk.

Soy milk can be an alternative to cow’s milk, but the former does not provide some of the vital nutrients, like calcium, which is necessary for growing kids. Some brands of soy milk are fortified with calcium, but in its natural form, this beverage cannot provide enough of this mineral. Even protein deficiency may develop in toddlers who drink soy milk instead of cow’s milk. This can be compensated by including other sources of protein in the baby’s diet. It has also been contended that soy milk contains phytic acid, which inhibits absorption of certain minerals in the body.

Another speculation is with regard to the presence of phytoestrogens in the beverage. Phytoestrogens are compounds that can induce an estrogenic effect on the body. In case of toddlers, these compounds may cause hormonal imbalance, resulting in development of breast tissue, thyroid disorders, early sexual development, etc. This side effect of soy milk is still a much-debated topic, as some health experts still believe that this drink is safe for toddlers.

It is said that soy milk contains 200 times the amount of manganese as found in breast milk. While human body requires manganese in small amounts, if ingested in large amounts, it can cause neurological damage. It is said that such kids may exhibit violent and aggressive behavior. It is also said that intake of soy milk may trigger symptoms of Attention Deficit Hyperactivity Disorder in those kids who have this condition.

In case of infants, it is always better to avoid soy milk. Their digestive system may not be able to digest this milk. Apart from that, there is an added risk of the dangers mentioned above. The dangers of soy milk is still a controversial subject, that is not proven conclusively. Your pediatrician is the best person to clear your doubts with regard to this subject.

Disclaimer: This article is for informational purposes only and should not be used as a replacement for expert medical advice. 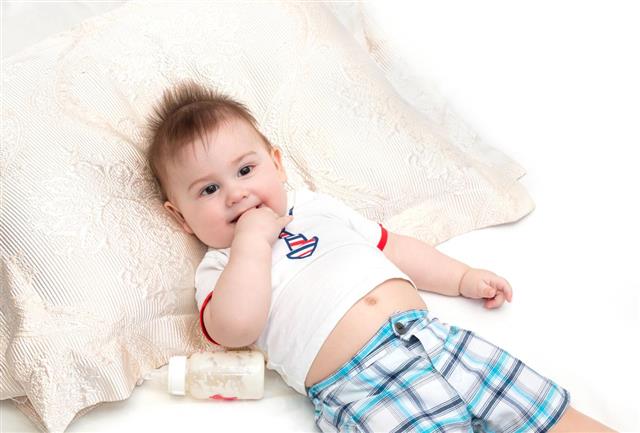