Advantages of the Traditional Nuclear Family You Never Knew Existed

A traditional nuclear family includes the married parents (mother and father) along with their biological or adopted children who live in the same house. To find out what are the advantages associated with this type of family structure, read the Buzzle article. 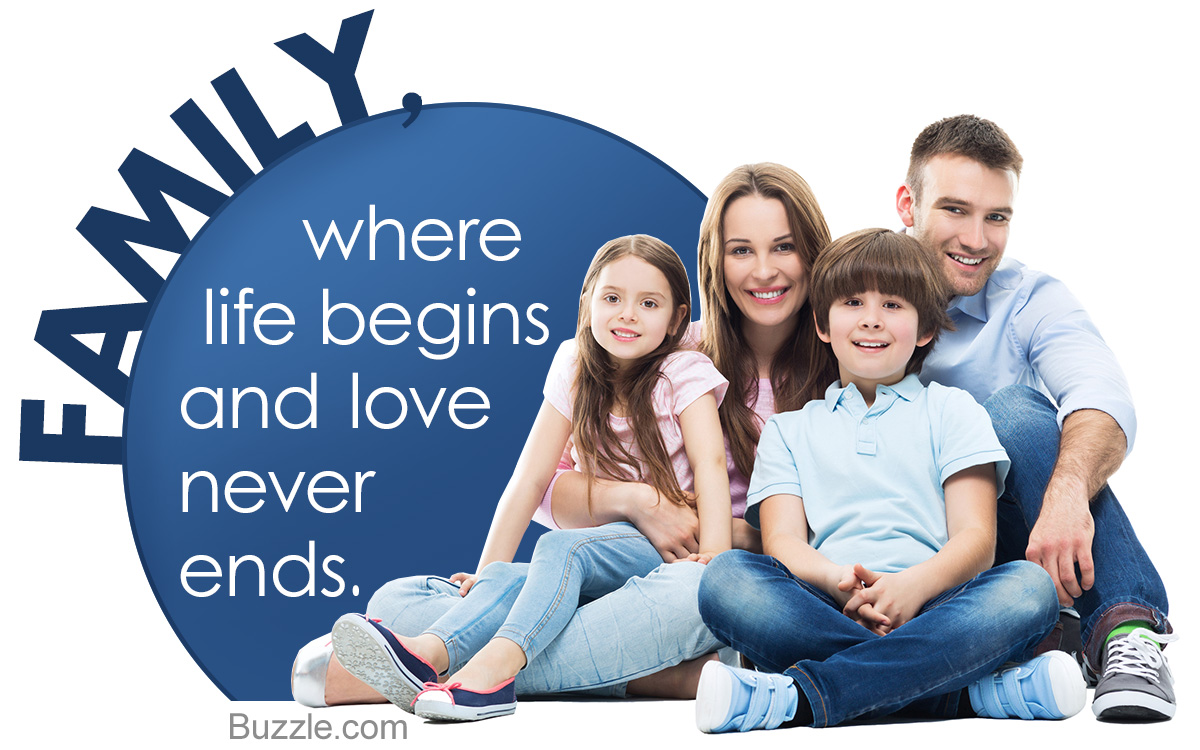 A traditional nuclear family includes the married parents (mother and father) along with their biological or adopted children who live in the same house. To find out what are the advantages associated with this type of family structure, read the Buzzle article.

In such a family structure, the father’s role includes providing for the family, protecting it, and being the family’s disciplinary role model. A mother’s role consists of household work, raising the kids, and taking care of the family.

What are the Advantages

In recent decades, such a family structure has undergone major changes with increasing rates of divorce leading to single-parent families and remarriages which result in extended families. These trends and the resulting problems that they cause, especially for the children, has brought the advantages of traditional nuclear families back into focus.

Children raised in a family with married, heterosexual parents during their growing years have a higher likelihood of having stability in their current and future relationships and emotional bonding. Children who grow up in a single-parent household have higher chances of feeling a sense of loss regarding the absent parent, and miss out on the advantages of emotional support and dual insights that both parents can provide.

With both parents, children get a better sense of what is acceptable and unacceptable, as far as behavior is concerned, especially when both the parents look after their nurturing. When both parents agree on the kind of behavior that they want from their children, it adds authority, and thus can be instilled in a better way.

A Sense of Consistency

Children get a sense consistency, especially when it also includes closeness with other members of the family such as grandparents, aunts, uncles, and cousins. This provides a strong foundation to their roots, and can be a guiding principle all their lives.

In a nuclear family, children usually get far more extensive training in life skills. For instance, mothers usually teach their children relationship skills, like emotional response skills and how to have smooth relations with others. Whereas fathers, in general, teach their children handiwork and sports skills, like fixing things around the house or hitting a baseball, as well as how to deal with the world outside.

With two parents sharing the responsibility of raising their children, it enables one parent to take time to pursue other interests or get a rest while the other parent plays or works with them. Children also tend to take on some of the sharing of the responsibilities, such as older siblings taking care of their younger siblings. Certain roles are usually performed by expectation and example, rather than formal instruction.

Nuclear families usually have more physical and emotional resources with which they can reinforce the whole. Through observing their parents and by following the examples set by them, children learn how to help in the building of the family.